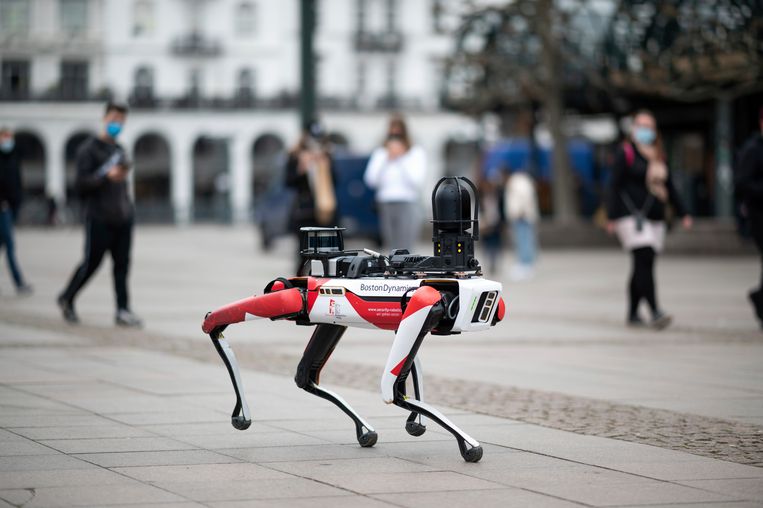 New York police stop deploying robot dog ‘Digidog’. Critics criticize the robot because it is used as a surveillance device without the thing showing what it can and cannot do. In addition, the robot beast is said to symbolize the further militarization of the US police. In recent years, the service has added more and more advanced equipment to its weapons and surveillance arsenal. The fear is that the device will be equipped with weapons or explosives.

After critical questions in the city council, the police therefore canceled the contract with Boston Dynamics, the manufacturer of the machine, on April 22. The device would actually be used until August. The New York police paid nearly 78,000 euros for this. A spokesperson for New York mayor De Blasio is happy that the ‘scary, alienating’ device is no longer working for the police, he told The New York Times.

Digidog has been dubbed ‘Spot’ by the maker of the device, and was initially best known for the videos that Boston Dynamics makes of its robots that are widely shared online. In it, the machines dance to music, jump over hurdles or do a somersault:

The devices are so similar to organisms that tests where they are kicked to test their balance are considered pathetic. The fact that they also scare people to death became apparent when Spot was deployed in Singapore to warn people to keep enough distance because of the corona virus. They seem to have walked out of a dystopian science fiction film – with the important difference that the robots do not function autonomously but can only be controlled remotely.

The Dutch police have a Spot, and they say they are the only force in Europe to actually use it. Spot was used at the beginning of this year for the inspection of a drug lab in Brabant. The machine is equipped with sensors that can detect hazardous substances and thus act as scouts before people enter a space. Unlike carts on wheels that have been in use for some time, the device can function well on uneven terrain.

A spokesperson does not want to say exactly what the device cost the Dutch police, but in a video the head of the Specialist Operations Department says that Spot costs about the same as a police officer. The police think they will use the machine in the future to inspect the aforementioned drug labs, or to gather information about a crime scene without polluting evidence. Unlike an animal or human, the robot does not leave any biometric traces. A spokesperson for the police emphasizes that Spot will not be used in arrests or to carry out violence.

Below is a video that the Dutch police made about the use of Spot:

Boston Dynamics made this video about the robot dog:

And finally, these images from Fox News show how Spot is deployed in New York: