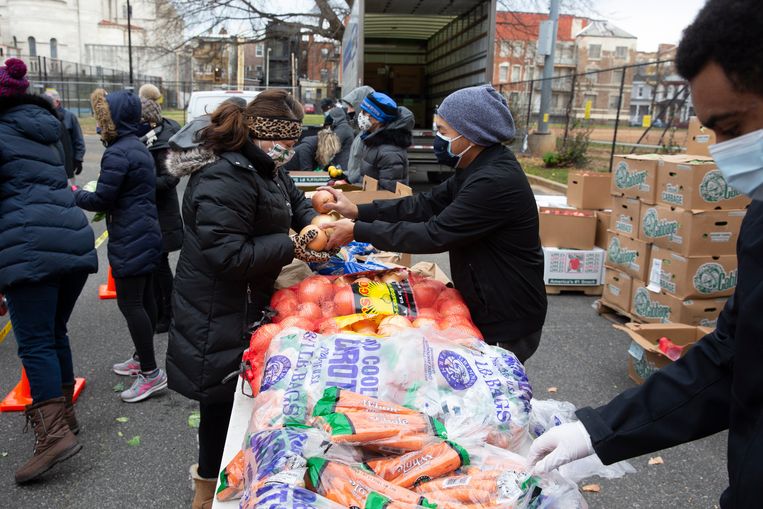 The champagne will not be opened for it – the poverty is still too great among most American unemployed for that – but there is relief. After four long months of waiting, the redeeming word finally came on Monday evening.

As of next week, at least 13 million Americans who saw their jobs disappear during the corona crisis a special corona allowance of $ 300 per week. In addition, most Americans receive a one-time aid of $ 600 per person. Extra financial help will also be provided for small businesses.

It is the redemption that many unemployed people hoped for just before the holidays. They could barely make ends meet on the weekly $ 150 standard payment they received since August: an amount that is too little to pay for rent and groceries in America. In fact, nine million people would soon be cut off from this $ 150, because benefits in most US states last a maximum of six months. Four million Americans had already used up all their unemployment benefits.

It led to harrowing stories in the media about Americans who lost their jobs and health insurance, had barely enough money left for food, and then were in danger of being evicted with their families because they could no longer pay the rent. Extra help is on the way for the latter group: tenants will receive extra protection.

The cries of despair the Republicans and Democrats had of course reached in recent months, but a solution was not forthcoming. The parties could not agree on the amount and duration of payment. On Friday, July 31, the last corona payments had been deposited into bank accounts, but Republicans thought the amount of $ 600 a week was way too high at the time.

Now the two parties have come closer together. The Republicans get their way the most. They wanted a weekly payout of $ 200, while the Democrats wanted to get back to the $ 600 paid out at the start of the corona crisis. The outcome is that the benefit will be halved and stuck at $ 300.

Democrats had also committed to a support package totaling $ 3,000 billion to deal with the corona crisis: that will now be $ 900 billion. As a result, the aid for businesses is also substantially less than Democrats had hoped. In the short term it will happen that the US will sink back into recession.

In the slightly longer term, however, it doesn’t look like the current bailout package is large enough to keep the US economy afloat. The support package is only good for 11 weeks of emergency relief. The money supply will close again in mid-March.

But experts predict that months of additional help will be needed as the economy will not pick up again until spring or summer (if the vaccine has been properly rolled out). By that time, (the slightly wealthier) consumers will once again set out to spend money in the hospitality industry and companies will see their turnover increase again, creating jobs. Economists predict that the US economy will not recover until the fall of 2021.

Newly elected President Joe Biden, who will take office on Jan. 20, has already announced that he will come up with a new proposal for emergency aid to corona victims shortly after his inauguration. It will be a political battle to get it approved by the Senate, as several Republicans have already said that – with a vaccine on the way – they think more government support will be unnecessary.