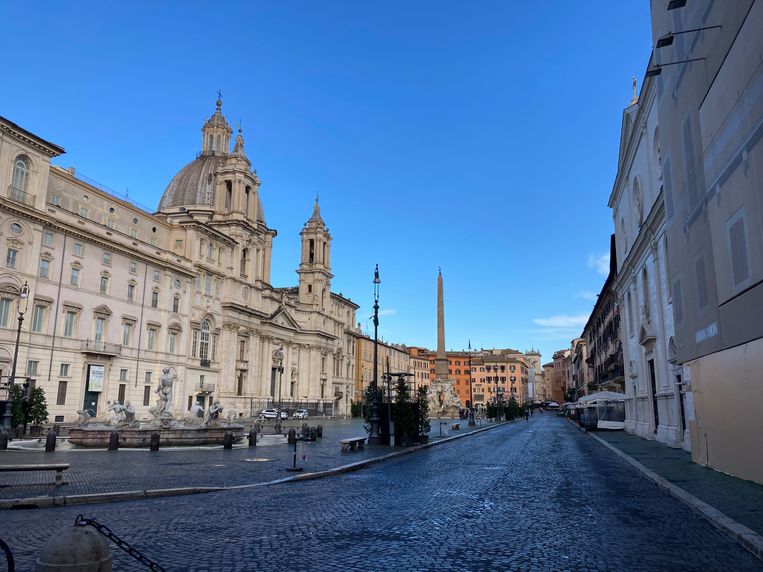 Moving to Rome in the midst of a pandemic, as I did almost a year ago, sometimes presents some practical complications, but also has one overriding advantage: plenty of time to wander around the most beautiful historic center in the world, which is also so well as if abandoned.

At least for me it was an advantage. It was a disaster for the depressed restaurateurs who built their terraces day after day dejectedly, while they already knew that the seats would remain empty again today.

In Rome, the catering industry remained open during the day for much of the winter, but that did not help much, because the tourists were in lockdown at home anyway. The high or low point, depending on who you ask, was Christmas, when even walking was banned and Italy went back to the harsh lockdown of spring 2020 for a few days.

Sports were an exception, so I put on running clothes for my best walk ever past the Pantheon, Piazza Navona and St. Peter’s. The sweatpants and sneakers turned out to be a watertight alibi, because although walking did not officially count as sport, setting a minimum speed for running went too far even for the Italian bureaucrats.

Another personal triumph were the rare occasions when I was asked for directions by Italians, as well as the even rarer occasions when (thanks to all that walking) I actually managed to point them in the right direction. Due to the lack of tourists, my mere presence apparently already made me a more or less credible local.

Just before the summer, when I suddenly saw a group of German bachelorette parties in banana suits wandering through one of the narrow alleys around Piazza Navona, I was overcome with mixed feelings.

Firstly, there was joy: for them, but especially for the bar owner who would undoubtedly be drinking a huge amount of beer by Italian standards tonight. In addition, I sensed in myself some melancholy, which at the same time I could only hope to be justified, and I concluded that the center will indeed never again become so enchanting but ghostly empty.

Of all the good intentions that sounded during the first wave – to really curb global overtourism, for example – little has come to fruition. Less tourism definitely has advantages, I also saw during a report on the still half-empty canals of Venice, but Italy certainly cannot afford to choose it now.

When I finally received my first Dutch guests in Rome at the end of May, a market trader cried out with joy (‘Welcome, welcome!’) as soon as he recognized our company of blond giants as an almost forgotten relic from bygone times: tourists!

The city is now in a different stage, in which it is still busier every week, some restaurants have significantly raised prices to compensate for the corona losses and even the groups of trudging Northern European teenagers on a trip to Rome are returning to the streets.

While city dwellers sometimes look at me confused in the winter – is this a lost tourist or not? – with my height, hair and eye color I am now silently absorbed in the growing stream of visitors. Too bad for me, but better for the city.