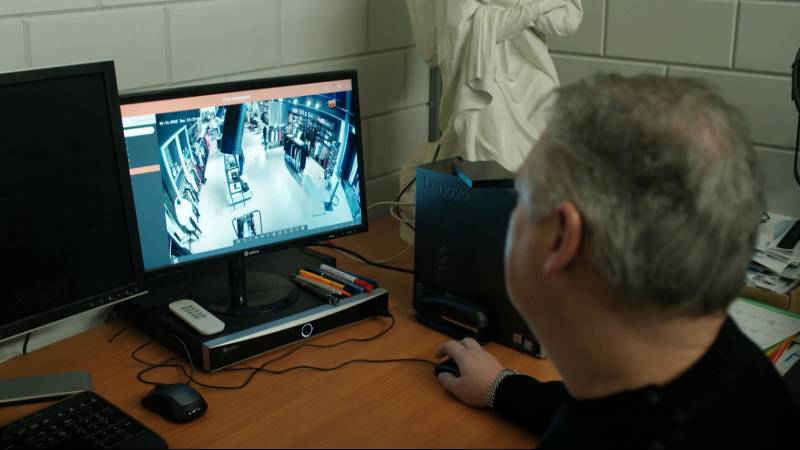 Employers simply misuse surveillance cameras to monitor employees. This is evident from conversations with 23 employees who were monitored by their boss, and from dozens of complaints that are submitted to unions every year. These employers are violating the privacy law.

The spying probably happens much more often than is known. “For every complaint that comes to us, there are a hundred that are not reported,” says Jacqueline Twerda of trade union CNV. “The threshold for complaining is very high for employees.”

That also applied to Fien Galema. As a 19-year-old student, she worked in a cafe near Leidseplein in Amsterdam. “We were called by the boss from early in the morning until late at night with instructions: ‘You forgot to clean a part of the bar’, or: ‘You loaded the dishwasher wrong’. This made it clear that he was watching us with the cameras.”

“It kind of feels like your boss is standing behind you and looking over your shoulder the whole time,” says Fien. “You constantly have the feeling that you are doing something wrong, or not good enough. You notice the difference in power and that feels very unpleasant. But you don’t want to be fired so we kept it to ourselves.”

How my boss handled the cameras was very obsessive.

According to the General Data Protection Regulation, the AVG, it is not allowed to use cameras in this way, says lawyer Kristina Irion of the Institute for Information Law. “An employer must in any case have a concrete reason for installing cameras. For example, in the event of a risk of burglary or fraud at the cash register. But an employer is not always allowed to keep everyone under camera surveillance, just because they like it.”

The Dutch Data Protection Authority also prescribes that camera images may not be used to assess employees. Irion: “There is a big gap between what is legal and what happens in practice.”

Still, hanging up surveillance cameras is more popular than ever, according to a survey among thirty camera installers. Almost all of them say that demand is growing. According to installer Stefan Elias, this is due to the technology that is developing at lightning speed. Cameras are getting cheaper and capable of more.

One of these technological developments is the possibility to watch live with the camera anytime and anywhere. Elias: “A wall with TVs is no longer necessary. My customers can view the images on their smartphone or computer. Wherever you are in the world, you can view the camera images.”

Shop owner Mike Emmelkamp shows how he can keep an eye on his camera images anytime and anywhere:

‘All camera images in your pocket’

Jabe East knows that all too well. During a company party at the ice cream parlor where he worked as a student, he noticed that his boss looked at his phone a lot. “It turned out later that he was looking at his cameras all the time. Of course there is something to be said for having your boss monitor the crowds remotely, but how my boss handled the cameras was very obsessive. “

What can you do?

Jabe was surprised that he was being watched, but said nothing at first. Until after closing time he hung out with some colleagues to help with closing. “At one point the boss walked in angrily. He said: ‘This is not possible! That container of ice cream has been outside the freezer for half an hour!’ He really used those cameras to check our work.” Jabe, too, felt powerless before his employer, and didn’t know what to do against the cameras. He eventually left the ice cream parlor.

Lawyer Irion understands that it is difficult for employees to rebel against cameras in their workplace. She therefore believes that there should be more support for them. “The Dutch Data Protection Authority should make a manual that states what is and is not allowed. Industry associations can also better inform their members. And of course there is also a role for trade unions, which protect employees’ rights. Something really needs to be done about this.”