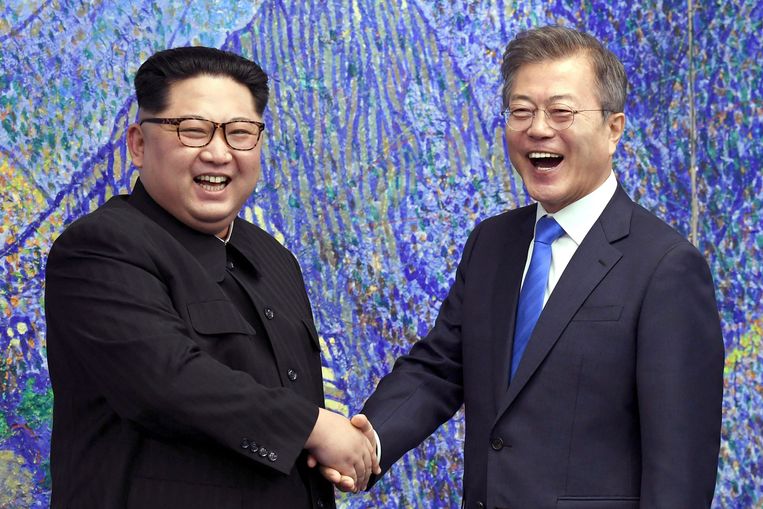 What was the Korean War about?

When Japan lost World War II in 1945, the United States was upset with Korea, a Japanese colony where communism was on the rise. The Cold War began: in 1948, the Soviet Union and the Americans divided Korea. North of the 38th parallel, with Soviet support, a socialist Korea emerged, Washington maintained an authoritarian, pro-American regime to the south.

In June 1950, North Korea invaded South Korea. The US used the United Nations Security Council to deploy an international force dominated by US military personnel without a formal declaration of war. China, as an ally of North Korea, entered the first conflict of the Cold War in October 1950. That ended in a stalemate around the 38th parallel.

Why is it still formally war?

On June 27, 1953, China, North Korea and the United States agreed to a ceasefire. After more than three million deaths, the conflict ended as it began: with a divided Korea. South Korea was so furious about this that Seoul refused to sign the ceasefire. Hence, North and South Korea are technically still at war.

Before South Korean President Moon Jae-resigns in March 2022, he wants to crown his reputation as a peacemaker with results. As a child of a North Korean refugee family, Moon championed rapprochement with the regime in Pyongyang. A breakthrough seemed imminent in 2018, after three meetings between Moon and North Korean leader Kim Jong-un, but a failed summit between Kim and US President Donald Trump in 2019 dashed all hopes.

Yet Moon persists. He runs little risk with a formal peace treaty because the American troops stationed in South Korea will simply remain there to provide military assistance to Seoul. Moon hopes that peace will lead to confidence so that the stalled negotiations on the North Korean nuclear weapons program can be resumed. As tensions ease, the entire region will sleep more peacefully amid the threat of North Korean long-range missiles and the Kim dynasty’s nuclear weapons program.

North Korea agreed to sign peace within a year in 2018, but is now sending confusing signals. Pyongyang called Moon’s proposal “admirable, but premature” and restored direct lines of communication with Seoul, but this week Kim fired missiles as US, Japanese and South Korean diplomats discussed the formal end of the Korean War. One of those missiles was also launched from a submarine. If Pyongyang succeeds in putting a nuclear warhead on such a missile, North Korea will have a second way to hit the US in addition to its long-range missiles.

Firing missiles while talking about peace seems contradictory, but for Kim, peace is only useful if US pressure on his regime disappears. Kim does need an end to US military exercises with South Korea and international sanctions if he is to sell that peace on the home front. Reunification of the Koreas under the auspices of the Workers’ Party is the ultimate goal of the revolution started by his grandfather Kim Il-sung, a legacy that carries so much weight that South Korea’s promise of economic aid alone is not enough.

What is Washington doing?

Moon is dependent on US President Joe Biden, who keeps a close eye on North Korea. Biden is willing to talk to Kim without preconditions, but then the North Korean nuclear weapons program will also be on the table. And with that, a new round begins in the vicious circle of mutual mistrust that has stood in the way of any progress for several decades.

Washington first wants to see tangible evidence of decommissioning, but Pyongyang cherishes its nuclear warheads as protection against the US, until Washington is willing to normalize relations with North Korea and offer a peace treaty full of rock-solid security guarantees. Preferably a treaty that recognizes North Korea as a nuclear power.

The envoys who deal with the North Korean nuclear weapons program on behalf of Japan, the US and South Korea will look on Friday in Seoul to see if they can come to an agreement about the smoothing of talks with North Korea. That is only the first step: every peace plan stands or falls with the cooperation of China, which keeps the unpredictable regime in Pyongyang above its head. There is still a long way to go for peace.