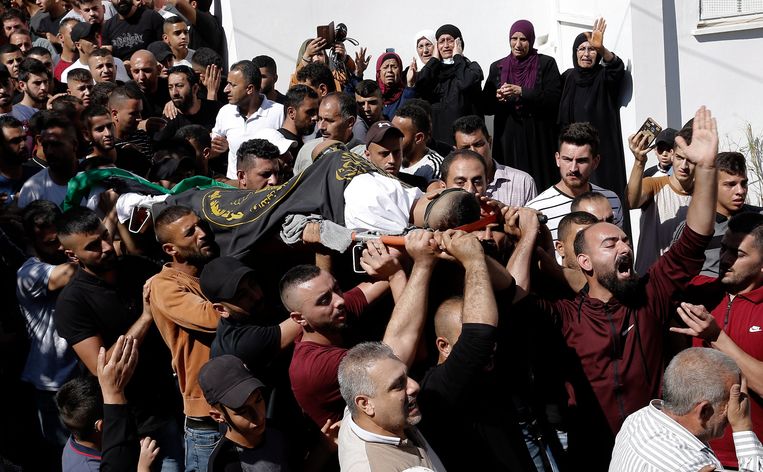 The five Palestinian victims were members of Hamas, according to the Israeli authorities. Israeli Prime Minister Naftali Bennett said the Hamas fighters were on the verge of carrying out attacks. They had been under surveillance by the Israeli armed forces for some time. They finally intervened when they got the impression that the Hamas members were ready to strike.

The army then launched a number of raids, but attempts to apprehend the Hamas fighters ended in firefights in which five were killed. Several Palestinians have also been arrested.

Hamas later confirmed that four Hamas members had been killed. The fifth victim was said to be 16 years old. It is unclear whether he also belonged to the militant movement.

Prime Minister Bennett praised the Israeli armed forces. He said they had done their job. “They went into battle with the enemy and we stand squarely behind them.”

It was the most serious clash between the Israeli army and Palestinian fighters in several weeks. It has been unsettled for months, despite the ceasefire that ended the 11-day war between Israel and the Hamas-ruled Gaza Strip in May this year. That confrontation, in which Hamas fired rockets into Israeli cities and Israel carried out heavy bombing of Gaza, killed 256 Palestinians and 13 Israelis.

Gunfights also broke out in August when Israeli forces raided the city of Jenin to detain Hamas members. Four Palestinians were killed in that action. Israel also continued to bomb Gaza in retaliation for launching incendiary balloons from the Gaza Strip toward Israel.

Tension has been heightened by Israeli Defense Minister Benny Gantz’s announcement that Israel will build 2,000 new homes for Jewish settlers in the occupied territories. At the same time, to gild the pill for the Palestinians, Gantz announced that a thousand homes for Palestinians will be built in an area of ​​the West Bank that is under the control of the Israeli army.

Settlement construction has been temporarily halted since the beginning of this year, presumably in view of Joe Biden taking office as president of the United States. He is more critical of Israeli settlement policy than his predecessor Trump.

The Palestinian Authority, which has power in part of the West Bank, condemned the ‘bloody’ actions of the Israeli ‘occupiers’. But Hamas placed some of the responsibility on the Palestinian Authority and President Mahmoud Abbas for cooperating with Israel on security matters. The militant movement pointed to the recent consultation between defense minister Gantz and Abbas.