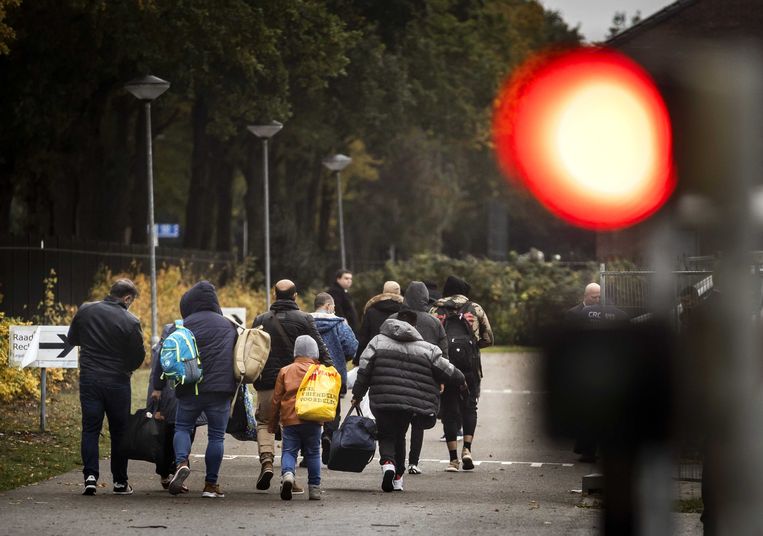 This means that Ter Apel is back to square one after a month in which municipalities elsewhere in the country created extra shelters. However, the COA disputes the exceedance of six hundred people. “But it’s going in that direction,” a spokesperson told NRC.

The Westerwolde municipality, to which Ter Apel belongs, acknowledges that the number of asylum seekers at the location is increasing, but does not want to give exact numbers. Mayor Jaap Velema recently drew attention to the situation in the application center. According to Velema, politics is not doing enough to relieve the pressure on Ter Apel.

Velema criticized, among other things, the lack of urgency from The Hague and the lack of sufficient shelter elsewhere in the country: ‘Apparently people cannot offer a barracks or a hall in the Jaarbeurs to help us. While it is no problem to set up hundreds of camp beds in the Jaarbeurs when there are leaves on the rails.’

COA boss Milo Schoenmaker acknowledged in October, when overcrowding in Ter Apel led to fights and the deployment of the Mobile Unit (ME), that the situation was ‘unacceptable’. Ultimately, emergency shelter locations in Almere and Gorinchem then took over five hundred asylum seekers from the overloaded center. Velema called this ‘a drop in the ocean. Every day an average of 150 people come in here.’


COA boss Milo Schoenmaker believes that extra reception is urgently needed for asylum seekers. Preferably in permanent places. ‘Sometimes a municipality says: there cannot be shelter at that location. Because they have had shelter there before and don’t want that anymore. Or there are other plans with an area. Sometimes a municipality says: we already did something years ago, now it’s others’ turn.’

Mayor Jaap Velema van Westerwolde is displeased with the attitude of the government, which, according to him, prefers to pretend that the full reception location in his municipality is a local problem. ‘The cabinet has never made a plan B for Ter Apel. As the bottleneck of the asylum chain, we are vulnerable. What if the ICT fails here, or if a fire breaks out? Who will take over our duties then?’