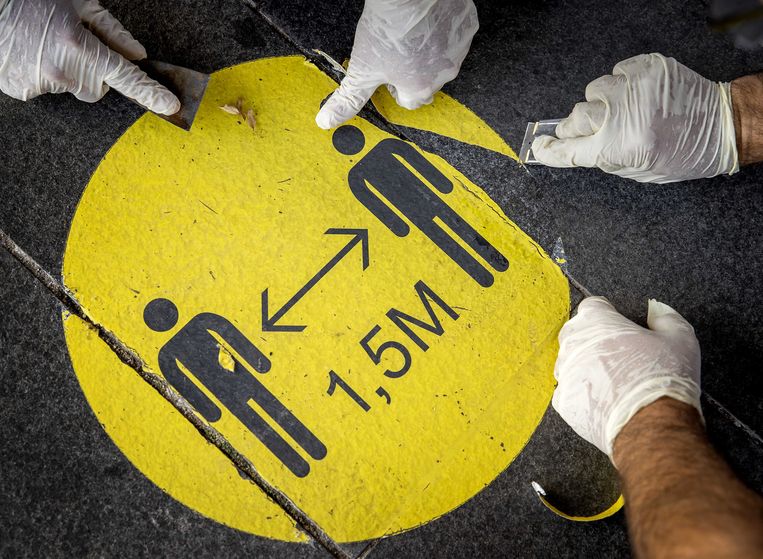 This is evident from new figures released on Friday from the RIVM Behavior Unit, which regularly questions a group of 44 thousand Dutch people about their corona behavior and opinions. It is striking that confidence in government policy plummeted, to a paltry 26 percent. Before the summer, about half said they were positive about the Dutch approach. Although the panel is not a perfect reflection of the population, according to the RIVM, it does provide a good picture of changes in behavior and support.

Research leader Marijn de Bruin (Radboud UMC) cannot say what exactly is the cause of the decreased confidence. ‘There are so many factors at play.’ But it is striking that the decline started after the short-lived ‘dancing with Janssen’ opening of the nightlife. ‘And at the last measurement, in mid-September, we see a very sharp increase in the number of people who find the measures unclear. And a sudden drop in the number of people who think the measures are just,’ notes De Bruin.

At the time of the last survey, no less than 70 percent said they sometimes found the corona measures illogical or difficult to understand. Never before has that percentage been so high. Less than a quarter believe that the government divides the burden of corona fairly among society. And to the statement: ‘I think the Netherlands is on a clear course’, only 18.5 percent answered positively.

‘I can well imagine something with that,’ responds professor of health psychology John de Wit (Utrecht University) when asked. ‘People see this quite well. It was also an unclear period. It really takes higher mathematics to understand where you should and where you should not keep your distance, and why one is allowed and the other is not allowed. And if it’s unclear what to do, that also undermines trust.’

The declining compliance with the measures themselves must be partly due to the growing feeling that we have quite mastered the virus, the figures show. One in three, for example, does a quick home test in the event of complaints, despite the explicit advice to go to the GGD in such a case. And once vaccinated, they usually say they observe the distance rules less after that.

‘People just think’, notes De Wit. ‘Epidemiologically, it may be true that you still have to adhere to all kinds of rules after vaccination, but in the perception of many people it is: why did I have myself vaccinated?’, he says.

Young people up to the age of 25 are the frontrunners: three quarters of them say they are no longer so strict with the one and a half meters after vaccination. One in three young people also say they visit the elderly and people with vulnerable health more often after vaccination. In vaccinated older people this is less than 10 percent.

The measures intended to keep the virus at bay during the holidays appear to have been followed only sparingly. Of the 131 people the RIVM spoke to after a visit to a high-risk area, only a third had complied with the mandatory quarantine period of at least five days. And roughly three quarters of all travelers ignored the advice to do a quick test after returning home.

De Bruin points to the discussions that RIVM also always has with a permanent panel of Dutch people. ‘We know these people quite well by now. And they indicate that they experience a little less urgency. They follow the news less, and have lost a bit of an overview of what applies at what time.