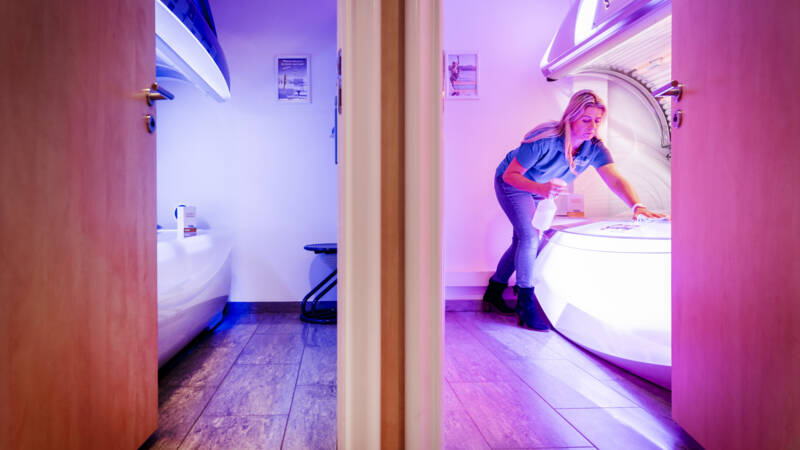 Sunbathing in a cabin has fewer contact moments than a haircut at the hairdresser and that is why tanning salons must also be opened. That is the opinion of Samenwerking Verantwoord Zonnen (SVZ), the trade association for tanning studios. Today, he was in summary proceedings against the state to force opening.

The trade association speaks of an arbitrary policy of the Ministry of Health, Welfare and Sport. The risk of corona infections when visiting a tanning salon is said to be low. “Customers only enter a closed cabin and there is absolutely no contact with customers and staff. The air in the tanning salons is cleaned a hundred times an hour”, says Huib van Heest, chairman of SVZ.

Yet the ministry is not allowed to open the sector. Tanning salons do not fall under the contact professions, such as massage salons and nail studios, but are considered public places. “The cabinet has chosen to give priority to young people and to contact professions for the welfare and care of people,” said a spokesperson for the National Crisis Communication Core Team.

Tanning salons are currently in financial straits due to the closures, the industry says. Van Heest: “It is catastrophic. Tanning salons have enormous financial shortages and only receive limited government support. So the financial pressure to reopen is enormous.”

The preliminary relief proceedings were caused by the initially unclear reporting about the tanning salons. On February 24, the ministry announced that tanning salons could open their doors. Shortly afterwards, this decision was reversed, because the studios are seen as public places.

There was no further explanation from the ministry and therefore going to court was the only option according to the trade association. The judge will rule on April 7.