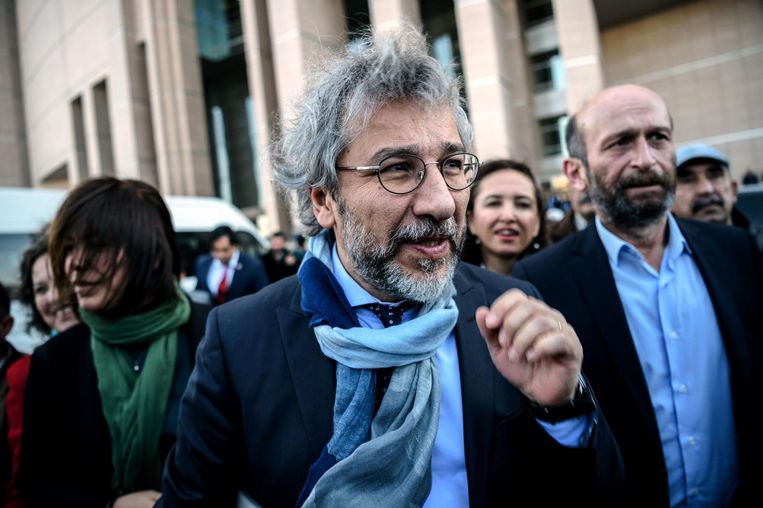 Turkish journalist Can Dündar was sentenced by a court in Istanbul on Wednesday to 27.5 years in prison for espionage and aiding a terrorist organization. Dündar has been living in Germany for four years and now has a German passport.

The former editor of the newspaper Cumhuriyet is the best known of the many persecuted journalists in Turkey and is a symbol of the repression of the freedom of the press under President Recep Tayyip Erdogan.

Dündar angered Erdogan in 2015 when his newspaper published an image of a video showing Turkish army trucks delivering weapons to the Turkish-Syrian border. It was suggested that the weapons were intended for Syrian jihadists. The journalist would “pay a heavy price,” the president said.

Dündar and some colleagues were charged for disclosing state secrets and endangering national security. According to the Turkish government, the weapons were intended for moderate, Turkish-backed rebels in Syria.

The parliamentarian who is said to have passed on the information to the newspaper, Enis Berberoglu, was also prosecuted.

In 2016, Dündar and his colleague Erdem Gül were sentenced to five years in prison. When the Public Prosecution appealed – the sentences were said to be too low – he did not wait for a retrial and fled to Germany.

Berberoglu meanwhile was sentenced to 25 years in prison in 2017. He was temporarily released when he was re-elected a year later as a member of the opposition CHP parliamentarian. When a majority in the Turkish parliament stripped him of his seat, prolonged imprisonment again threatened, but in September the Constitutional Court ruled that Berberoglu should be retrial.

“ I can get ten years, ” CHP MP Ernis Berberoglu said in an interview with de Volkskrant. There were 25. The Constitutional Court recently ruled that his trial must be repeated.