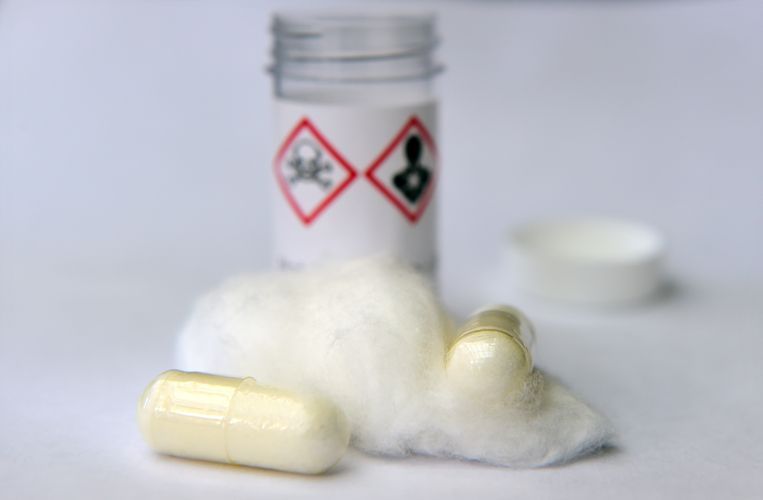 The Ministry of Justice has been investigating the distribution of Middel X for months, a legal substance that is used as a preservative and can be fatal if ingested. Assisted suicide is punishable in the Netherlands: if you intentionally provide a lethal substance to someone who commits suicide with it, you are breaking the law.

In 2017, Coöperatie Laatste Wil (CLW) launched the suicide powder in the media, under the nickname Middel X. This organization has been fighting for years to give people the opportunity to end their own lives in a dignified way, without the intervention of a doctor. to make life.

The 72-year-old woman has been detained since last Monday and is suspected of assisted suicide and dealing in anti-emetic drugs. These drugs are often taken together with Drug X in the event of a suicide and are normally only available with a prescription. Justice is investigating how many people the woman sold these drugs to. The woman is a member of CLW. According to the OM, she also worked with Alex S., the 28-year-old man who has been detained since July on suspicion of dealing in Middel X.

The woman from Amersfoort was brought before the examining magistrate at the East Brabant court on Thursday. That determined that the suspect will be detained for another ten days.

Last Tuesday, a 78-year-old man, who is also a member of CLW, from Den Bosch was also interrogated in the investigation. He may also have taken resources, but according to the judiciary, ‘further investigation is necessary to gain more clarity about his precise role in the case’. The man remains a suspect and was released after questioning, according to the Public Prosecution Service.

In July, Alex S., a 28-year-old Eindhoven resident who was a member of CLW, was arrested. He would have sold Middel X to hundreds of people, including via Marktplaats. According to the Public Prosecution Service, at least six people would have died. At the end of September, Jos van Wijk, the chairman of CLW, was arrested and interrogated. He is suspected of participating in a criminal organization involved in assisted suicide. He was released after two days.

‘With this action, justice is putting thousands of members away as criminals,’ said Van Wijk in an interview de Volkskrant. He said he was bugged. ‘They presented us with reports of meetings, of telephone conversations. During a board meeting this summer in Bunnik, we were even tapped with directional microphones. They could tell me exactly who was there and what had been said. I’ve seen the transcript.’

The CLW chairman said that he had not done anything criminal and, in his own words, cooperated in his interrogation. ‘At first I thought: I’m not going to name names. Later it turned out that they had so many names and so much material that that was nonsensical. Besides, I have nothing to hide. In the end, the criminal investigation department did not submit any specific criminal offense to me from the living room meetings.’

Talking about thoughts of suicide is possible at 113 Suicide Prevention. Call 0800-0113 for a conversation. You can also chat at www.113.nl.