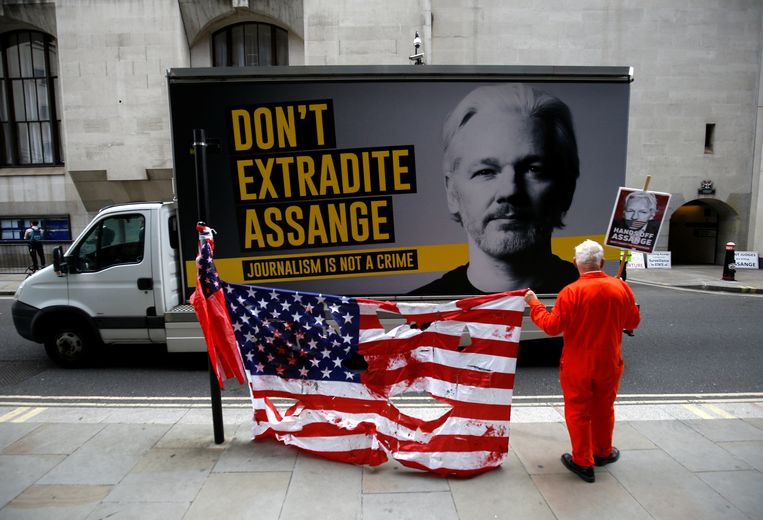 According to Melzer, Australian-born Assange has already “had to pay a heavy price for denouncing the misconduct of governments worldwide”: he has been in captivity for nearly a decade. Melzer recently visited Assange in prison in the United Kingdom, where he is being held pending extradition to the United States, and says that 48-year-old Assange’s health is not well.

According to Melzer, Assange did not commit a crime by disclosing the information about the controversial American war acts in Afghanistan and Iraq, among others. His organization WikiLeaks fights against corruption and abuses. That is in the interest of all people in the world. He has not stolen the documents he published and he has not hacked. He got the documents from legitimate sources, he acted like other major news outlets. ‘

48-year-old Assange sought protection at the Ecuadorian embassy in London in 2012 to avoid extradition to Sweden. He wanted to prosecute him for a double sex offense from the past, but Assange also feared that Sweden would extradite him to the United States, which threatened to prosecute him for leaks of state secrets. The Swedish sex offense was discontinued last year because the evidence was outdated. The Ecuadorian embassy had Assange removed in 2019 because he would have been unmanageable after living in a small room for seven years.

Since then, Assange has been in Belmarsh Prison awaiting extradition to the United States. The judge will rule on this on 4 January. President Trump would have hinted, according to Assange’s lawyer, that he wants to grant a pardon in exchange for information about who – other than Russia – hacked the Democratic Party in 2016.