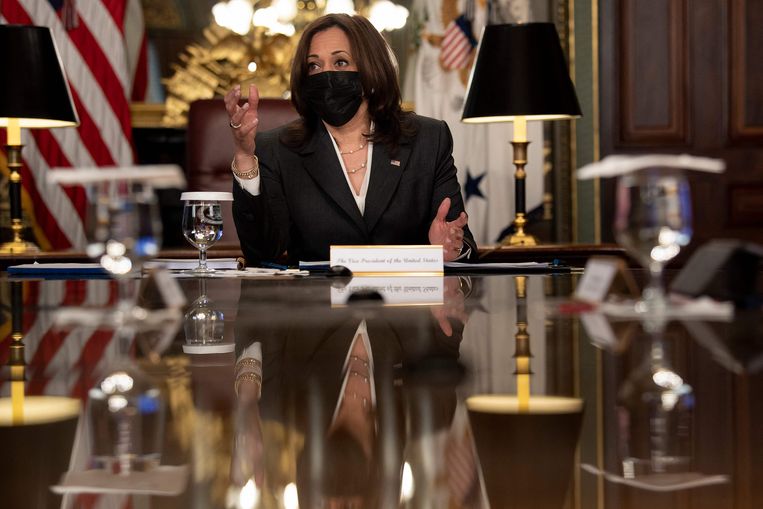 Reporter Laura Italiano raised a lot of eyebrows on Tuesday with a tweet that she had left the New York Post, the most widely read boulevard magazine in the city. Three days earlier, she had written in the paper that young migrants in a California shelter were the bestseller Superheroes Are Everywhere from Vice President Kamala Harris.

“The latest sign that the government is sending a message to Central America that the border is wide open,” Italiano wrote with a photo of a cot in the shelter showing the book and other items, such as toothpaste. But an investigation revealed that only one child had received Harris’s book. And that it had not been distributed by the government, but was donated in a fundraising campaign by local residents.

“An incorrect story that I had to write and which I have not resisted enough,” Italiano tweeted remorsefully. However, the damage had already been done. Fox News, which has been using the stream of unaccompanied minor migrants at the border for months to criticize the Biden government, had gratefully accepted the report. Just like a number of Republican politicians and conservative opinion makers. In addition to being a vice president, Harris is also a coordinator for tackling the problems at the border with Mexico.

‘Stay out of my kitchen’

“Did Harris get paid for these books?” Party chairman Ronna McDaniel wondered in a tweet. “Is she taking advantage of Biden’s border crisis?” The Republican Senator Tom Cotton was also not unaffected in a tweet. “The weakness of the Biden government has sparked a wave of illegal immigration,” Cotton wrote. “Are they forcing taxpayers to buy Kamala Harris’s book as a gift to illegal immigrants?”

The New York Post and Fox News, both owned by media mogul Rupert Murdoch, have now adapted the story to report that it is only one copy of Harris’s book. However, the change was not made public. Fox News has also come under fire in recent days for claiming that Biden’s plan to destroy the CO2halving emissions by 2030 would affect American hamburger consumption. “He wants to take ninety percent of the red meat you eat,” presenter Ainsley Earhardt told viewers.

Other presenters echoed this claim. With a graph, millions of viewers were warned that Bidens ‘climate requirements’ would mean that she could only eat one hamburger a month. The White House denied that Biden wanted to drastically cut American meat consumption. But Republican politicians didn’t believe it. “Why doesn’t Joe stay away from my kitchen?” Tweeted Congressman Lauren Boebert. On Monday, Fox presenter John Roberts sparingly reported that the information in the chart was not part of Bidens climate plans.