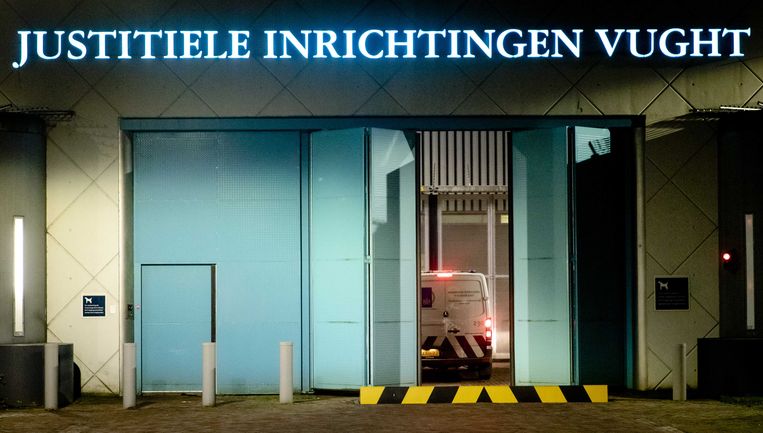 The suspicion means that one part of the Ministry of Justice and Security (namely the Public Prosecution Service) is conducting criminal investigations into another branch of the same ministry: the Custodial Institutions Agency (DJI). Whether the case will actually be brought to court is still unclear. “The investigation is still ongoing,” is the only thing a spokesperson for the Public Prosecution Service wants to say about it.

The strange suspicion came to light this month during a session of the court of The Hague. The judges considered the case of 43-year-old Barbara Z. from Alphen aan den Rijn, who in 2017 transferred 100 euros several times to her husband Mohamed D. At the time, he was detained in the terrorist department (TA) in Vught, because he would have previously joined the Islamic State in Syria. Barbara Z. donated money to her husband, with which he bought cigarettes, deodorant and chocolate sprinkles in the prison shop.

Mohamed D., who was later sentenced to three years in prison, was on the national terrorism sanction list. That is a list of the Ministry of Foreign Affairs, which contains persons and organizations that, according to the judiciary, are involved in terrorism. By freezing their bank balances, the government wants to make it more difficult for them to continue their terrorist activities. Transferring money to persons on the sanction list is punishable.

As a result, Barbara Z.’s shopping money was interpreted by the judiciary as terrorist financing. Her lawyer Tamara Buruma thinks this is absurd, because Z. booked the money into an account of the PI Vught. “It’s a prison account managed by the Dutch state.”

Not Barbara Z., but the prison passed the money on to Mohamed D. “No one assumed it was punishable to transfer money to this detainee,” says Buruma. And if that was not allowed, the responsibility for this lies with the PI Vught, according to the lawyer. But he has never pointed out that this is punishable.

The Public Prosecution Service is therefore not finished with the prison, says the advocate general in court. According to her, the penitentiary institution is ‘still suspected’ of terrorist financing. Not only did the prison pass on payments from family members, it also sometimes paid inmates on the sanction list for their work in the institution.

For a long time that did not ring alarm bells with anyone in prison, the court ruled. Even when it was clear that the acts are punishable, the payments were not stopped. According to the PI Vught, this had ‘humanitarian reasons’. In 2019, therefore, an exemption scheme was introduced for prisoners on the sanction list, so that they can make purchases in the prison shop just like others.

It is therefore still unclear whether the prison in Vught will be prosecuted. In the meantime, the court has ruled that the Public Prosecution Service is inadmissible in the case of Barbara Z. According to the judges, it is ‘completely unreasonable’ to prosecute this woman for transferring money to a prison account. The terrorism sanctions list is intended to prevent money from being used to carry out disruptive attacks, the court said. “That is a far cry from the possibility for a prisoner to purchase sprinkles and deodorant in the shop of the correctional institution.”

Former director of the toughest regimes in Vught


According to former director Yola Wanders of the PI Vught, the radicalization process of prisoners in the terrorism department is sometimes reinforced by short-sighted political decisions. ‘People feel disadvantaged when you say: that killer down the road is allowed on his game console, but you have brown eyes, you’re in the terrorist department, you can’t. Then there will be resentment and grievance against the system. ‘