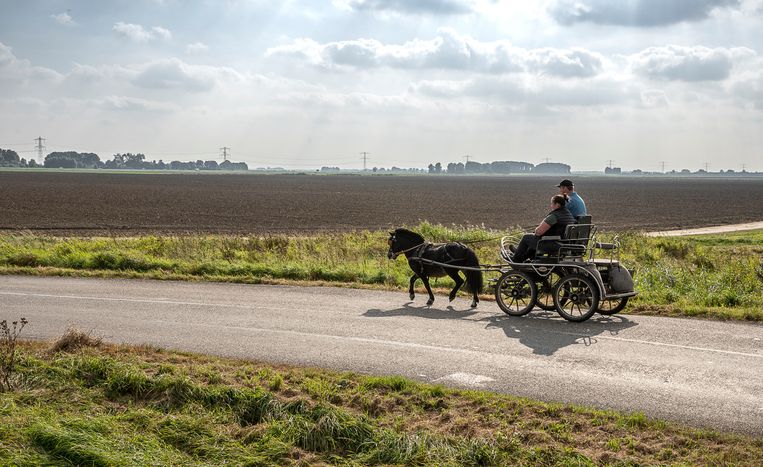 “If it seems too good to be true, what is it usually?” Tim van Bostelen, CDA councilor in the municipality of Oldambt, put the rhetorical question to the city council last week. That solar park developer PowerField would just transfer 20 million euros to the ailing Ommelander Hospital in Scheemda, without any consideration, there had to be a catch in the East Groningen grass.

Board chairmen Hennie Sanders of the Ommelander Hospital Groningen had come to Winschoten to give the city council a text and explanation. The hospital’s financial situation has been precarious since it opened in 2018. The capital costs are high, the number of patients too low, the future uncertain. Cutbacks and talks with banks, mother hospital UMC Groningen and the province have offered some relief, but not enough.

That’s why PowerField’s offer came as a godsend. “An unexpected plan,” Sanders acknowledged. Unusual too, never seen before. “But we started talking anyway, because we want to do everything we can to help the hospital.”

It is remarkable that the hospital PowerField apparently has nothing to offer. The intended location for the solar park is 15 kilometers away in the Ulsderpolder, between Ulsda and Beerta. The land does not belong to the hospital. PowerField does not want and cannot have a say in the operational management of the Ommelander Hospital.

What PowerField does want: support for a 250 hectare solar park – the size of 370 football fields, or more than 1.5 times the old center of Utrecht. And that is what emergency support to the hospital should ensure. In addition to the capital injection of 20 million euros, PowerField wants to deposit 5 million euros in a lifestyle fund and make ‘energy allotments’ available with solar panels for local residents.

“A ruse,” it sounded from the city council. “Blackmail,” said another. In any case, it is an unconventional initiative to gather support for the energy transition and associated business interests.

Regional care, made possible in part by a subsidy for the generation of sustainable energy? Councilor Van Bostelen is not alone in his suspicions. It is the shadow of the past. Gas extraction, mega wind farms: Groningen rarely enjoys the benefits of large-scale energy projects – the burdens are all too much.

Now, according to PowerField, there is really a ‘win-win-win situation’, said CEO Jean-Louis Bertholet in a press release that was issued on Wednesday. ‘We are not the problem. We are the solution.’

‘We did not expect so much mistrust,’ explains PowerField spokesman Kay Roderburg. He doesn’t turn around. “We are a commercial company, not a charity. It has been established that half of the expected return of the solar park will benefit the environment. That has nothing to do with bribery or blackmail.’

In 2019, it was indeed formulated in the Climate Agreement that in the generation of renewable energy on land, ‘the aim is for 50 percent ownership of the production of the local environment (citizens and companies)’. Most solar and wind farm developers do this through collaboration with a local energy cooperative. This gives local residents a say and can benefit financially by adopting a few panels.

But working together is an intensive and time-consuming process. According to PowerField, ‘local ownership’ with solar parks of hundreds of hectares is also becoming increasingly difficult. It concerns investments of hundreds of millions of euros. ‘You can’t pass the door with a collection box for that,’ says spokesman Roderburg. Do you also have to put so much risk on local residents? ‘Probably the big money will come from outside after all, and the environment will again be left behind.’

Hence the new direction of PowerField, with the advantage for the company that it is easier to do business with a hospital than with hundreds of local residents. ‘It is not the case that we scour the Netherlands looking for hospitals in need. But we do try to pro-actively implement a proper distribution of burdens and benefits.’

In East Groningen it is not a beckoning prospect for any councilor to sabotage the rescue of the regional hospital. A little further on in Stadskanaal, there is not much left of the stripped-down Refaja hospital.

That’s the horror. On the other hand, capitalism in East Groningen is not a natural ally. In the words of PvdA councilor Hilbert Flokstra: ‘Care, you are entitled to that. You don’t have to depend on a commercial company for that.’

In November, the Oldambtster council will consider the new policy for solar and wind farms, and with it the question of whether hospital director Sanders may ever unwrap PowerField’s gift. It is not a dilemma for her. ‘We want to be able to continue care. The Netherlands has market forces in healthcare. Don’t expect the government to step in. We have seen hospitals collapse. We thought: that is not possible. But it was possible.’

Directly on the high-voltage grid


With an intended area of ​​250 hectares, the solar park in the Ulsderpolder would be twice as large as the current largest solar park in the Netherlands. Due to an associated capacity of approximately 200 MegaWatt, PowerField is not dependent on the congested regional power grid of Enexis, but turned to TenneT directly. The high-voltage grid operator confirms this, which is obliged to connect any solar park. In the coming years, TenneT will invest 2 billion euros annually in upgrading and expanding the high-voltage grid.