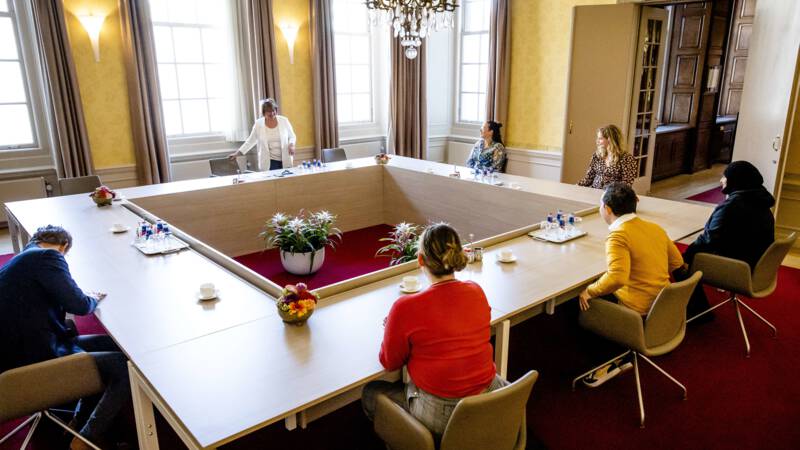 Representatives of various youth organizations were received this morning by cabinet informer Hamer. They have been badly affected by the corona crisis, which closed training courses and lost jobs. If it were up to the young people, it was not the last time that they were allowed to participate in this formation.

Chairman Maurice Knijnenburg of the National Youth Council (NJR) said afterwards that the conversation had mainly focused on the recovery after the corona crisis. “What we have made very clear is that you have to give shape to this together with young people. So if it is really about the content again in The Hague, young people will be asked to think along.”

It was the first time in history that young people were received by an informateur. This was done at the express wish of the House of Representatives, which adopted a motion about this from PvdA and ChristenUnie.

According to Knijnenburg, it is important to have a stable basis for life, for every young person whether they go to school, study or already work. “That is why it is time to finally do something about the climate. We also have to look at the loan system and the labor market. That everyone in the Netherlands will have that opportunity to develop.”

This afternoon representatives of the art and culture sector were at Hamer. That sector is also suffering from the pandemic and wants to reopen completely as soon as possible. “As far as we are concerned, tomorrow”, said director Jan Zoet of the Zuiderstrandtheater afterwards. According to him, the sector is already missing 2.7 billion euros in revenue this year alone.

To prevent the corona crisis from leading to a brain drain because many artists have to stop, investments are needed, around 500 million extra per year, according to the sector. Zoet: “The starting point must be that art and culture make a significant contribution to society. Socially, but also economically.” The cultural sector accounts for 3.7 percent of the Gross Domestic Product (GNP).

Tomorrow the informateur will not receive any parliamentary group chairmen from the House of Representatives either. Mayors, employers and trade unions and entrepreneurs affected by the corona crisis will visit. “All discussions will focus on the consequences of the corona crisis and ideas and proposals that can contribute to the transition from crisis to recovery,” Hamer said.

On behalf of the affected entrepreneurs, Efteling director Jurgens and chairman Willemsen of Koninklijke Horeca Nederland, among others, will visit. Mayors Halsema (Amsterdam), Aboutaleb (Rotterdam) and Van Haersma Buma (Leeuwarden) have also been invited, as has VNG chairman Van Zanen, who is mayor of The Hague.

In addition, Hamer will talk tomorrow with chairman Polman of the IPO, the umbrella organization of the provinces, and with employer chairman Thijssen and FNV leader Elzinga.